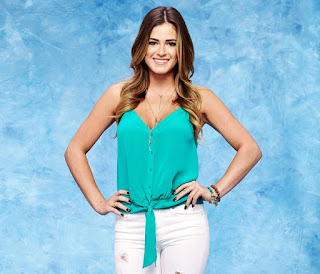 Last Monday was the first episode of The Bachelorette— Jojo's Season. There were a lot of good looking guys, some cuter than others, and some half naked and out of control. Who do you think she's going to pick? Here are Jojo's guys: 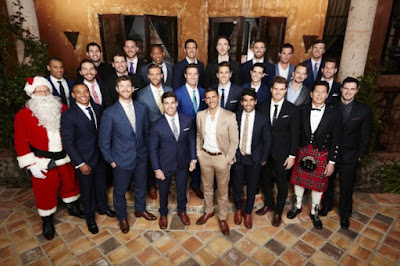 Even though Santa is looking mighty sexy, I would have to say I'm #TeamJordan and proud! That might change, but I highly doubt it. Come on now, he's a former pro-football player. His eyes are to die for. He has pretty damn nice hair. And he looks like Calvin Harris. Win. Win. Win. Win. Win. Jojo, if you don't pick Jordan, pass him this way, please.

Mr. Vinny also caught my eye. He's very nice eye candy. He's 28 years old and a barber in Florida. SWOON! He's my number 2 choice all the way. Jojo, I'll take this one, too.

Luke... Omg, Luke. His accent is going to melt my heart. He's a sweet southern man with a nice smile. Luke is from Texas. He's a war veteran. AWE!


NOW, for the men who just need to go home. Jojo needs to get rid of them.

Chad... Anger issues much. Come on, we already know this is not going to end well. He's cute, but that's all he's got going for him. Jojo needs to come to her senses and very soon. If you saw the trailer for the season, then you know Chad and Jordan don't get along whatsoever. #DontHateOnMyMan #ChadSucks Bye bye. Don't let the door hit you on your way out.

Daniel... Go home. You get ridiculously drunk on the first night. Take all your clothes off, except for your undies (thank God). What a great first impression you had! You can follow Chad out the damn door. On your way. Bye.

What are your thoughts on Jojo's men? And who will you be cheering on?